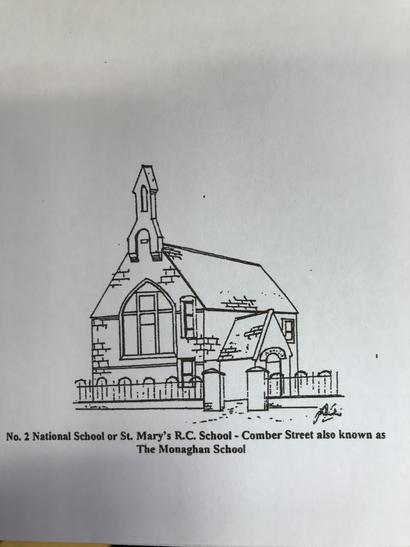 The school was established by Parish Priest Fr Patrick Phelan; the Northern Whig newspaper from 1872 carries an invitation to tender for builders to erect the new school that would be considered by Fr. Phelan. The architect for the project was Mortimer H. Thomson.

When the school first opened, there were 44 boys & 25 girls in attendance. Fees to attend the school were between one pence and three pence a week. The first teacher was a Mr. Terence Monaghan.

In 1964, the school relocated to its current site on the Old Grand Jury Road. The new building was blessed and declared open by the Bishop of Down & Connor, Dr. William Philbin.

The Belfast Telegraph from 09 September 1964 reports that the Bishop reiterated the importance of Catholic education to Saintfield, and told parishioners that the school would be “a place which would help to protect and maintain Christian faith among the young people.”

Since its inception, the school has indeed continued to place Christ at the heart of the educational experience, welcoming children of all faiths or no faith to learn in a supportive, engaging, and caring environment.

Unfortunately not the ones with chocolate chips.

Some cookies are necessary in order to make this website function correctly. These are set by default and whilst you can block or delete them by changing your browser settings, some functionality such as being able to log in to the website will not work if you do this. The necessary cookies set on this website are as follows:

Cookies that are not necessary to make the website work, but which enable additional functionality, can also be set. By default these cookies are disabled, but you can choose to enable them below: